Twelve years of meditation and penance passed with great success for Lord Mahävir. His life was exemplary. He put forth unsurpassable examples of truth, non-violence, forgiveness, compassion, fearlessness, yoga and true knowledge.
In the thirteenth year he faced another calamity. Near the village of Shammani he stood in a meditation posture. Just as at the beginning of his asceticism, he met a cowherd who left his oxen in the care of Lord Mahävir.
The cowherd went into the village and returned a little later. The oxen had drifted away while grazing. Not finding his oxen, he asked, “Ascetic, where are my oxen?” 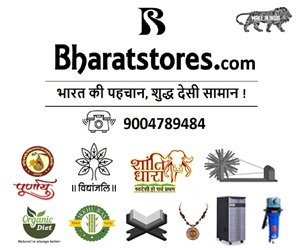 Bhagawän Mahävir’s ears Mahävir was in deep meditation and unaware of all this. The cowherd asked again, and once again he did not get any response. He was irritated and shouted, “You hypocrite! Are you deaf, don’t you hear anything?”
Mahävir still did not respond. The cowherd became very angry, “You pretender, it seems that both your ears are useless. Wait a minute; I will fix your ears.” He picked long nail like thorns from a nearby shrub and pierced the ears of Mahävir deeply by hammering the thorns in.
Even such excruciating agony did not move Mahävir from his meditation; neither did it evoke any feeling of anger or aversion in him. Completing his meditation he went to the village for alms. He arrived at the door of a trader named Siddhärtha. A doctor friend of the trader was sitting with him. Both of them gave food to Mahävir-swämi with due respect.
The doctor told Siddhärtha, “Friend, the face of this monk has a divine glow but there is a shade of tiredness too. Some inner pain is visible in his eyes. I feel this great sage suffers from some inner agony.” Siddhärtha replied, “Friend, if such a great sage suffers from some kind of pain, we should immediately go with him and treat him.”
After taking alms Mahävir-swämi returned. The doctor and Siddhärtha followed him to the place where Mahävir-swämi rested. During examination the doctor found the thorns stuck in his ears. Seeing this, they arranged for the necessary instruments and medicines. They used some medicated oil and tongs and pulled out the thorns. This caused such unbearable agony to Mahävir that an anguished cry was forced out of him. The doctor dressed the wound with some coagulant. Mahävir continued to stand there calm and quiet in deep meditation. 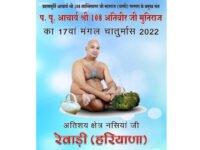 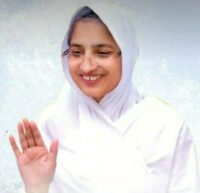 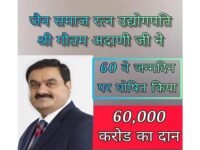