The first step toward this cherished goal was taken on Saturday, October 21, when Bhumi Poojan was done by a group of enthusiastic members of the Jain community in Auckland.

About hundred members of the Jain community gathered on Saturday, October 21, over the long weekend for Snatra Maha Pooja and exhibiting a resolve to bring a temple for the community. The pooja was held at Portage Road, New Lynn, Auckland, where Jain devotees had been traditionally gathering since 2009 to offer prayers and perform other Jain rituals.

The pooja was followed by cultural events involving youths of Jain community singing songs and performing dance, whereas the women made traditional rangoli and ghaunli (rice and grains designs) with 108 diyaas.

Earlier, the Jain community had also celebrated the Paryushan Parva – the most important annual holy event for Jains and usually celebrated in August or September – at the same venue.

Around Paryushan Parva, Jains further increase their level of spiritual intensity often fasting and meditating for a period of eight to ten days.

The festival ends with the celebration of Kshamavani (forgiveness day) – one of the unique feature of all world religions where followers request forgiveness from others for any offences committed during the last year.

“It is a long-awaited and much-cherished dream of the Jain community and the wider Hindu community,” Dimple Shah, one of the organisers behind the entire drive behind building a new temple in Auckland, told The Indian Weekender.

It is important to note that Jainism and Hinduism are two ancient Indian religions, with Jainism emanating from the folds of Hinduism and inheriting most of the philosophical and metaphysical features from it, thus co-existing with a broadly shared social milieu (like Sikhism and Hinduism).

“The entire Jain community here in New Zealand is coming together across different sects as in India to build a Jain Derasar-temple in Auckland that should preserve and nurture Lord Mahavir Swami’s values and wisdom,” Mr Shah said.

Traditionally, Jainism has two major sects – Digambar and Swetambar. However, in New Zealand entire community is rallying together into one homogenous group to realise the dream of building a Jain Derasar-temple.

Derasar is a word used for a Jain temple in Gujarat and southern Rajasthan (Jain temples are known by different names in different regions of India).

The Jain community had also made a public appeal of donation of $108 a brick for Derasar, and $72 a brick for the Religious-community centre, during the Navratri celebrations on September 29, at New Lyn.

The event in September was graced by local Labour MP Deborah Russell.

Generous donors are encouraged to visit www.nzjainsangh.org for more information on donating for the first Jain temple in Auckland. 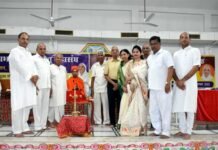 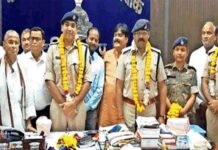 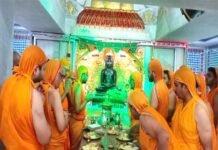 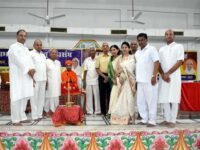 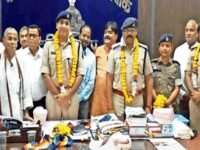 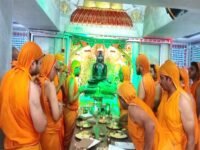 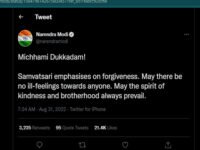 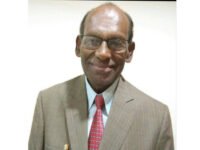