Visiting a temple always gives pleasure to our mind as well as to our soul. According to  Mahatma Gandhi Ji -” Temple going is for the purification of soul”.

Temple is a place where people usually go to pray to god for the well-being of their families. Because it has a very quiet environment, you can actually enhance your power of concentration and focusing.

You also spend some time with yourself and think about all the positive things happened to you. This way you will not just enhance your concentration power, but would also be grateful for yourself.

The Shri Mahavirji Jain Temple is situated in the district of Karauli in Rajasthan. The main deity here is that of the last and 24th Jain Tirthankara, Mahavira Bhagawan. This was established more than 200 years ago, thus it holds special significance for those who follow the tradition of Digambar in Jainism.

This year on the eve of Holi I visited the great Mahavirji temple, it felt like heaven on earth. Other then the immense beauty of the main temple itself, the place that attracted me the most was none other than the ‘Dhyan Kendra’. You can actually get holy and positive vibes once you drop down here.

The place is actually built for self-realization of the soul. The great stories regarding the statue of Lord Mahavira bought excitement to the journey.

The story goes about two hundred years ago; an idol of Lord Mahavir was discovered by a cattleman. For a few days, the cattleman’s cow didn’t supply her usual quota of milk and this caught the attention of him. To douse his curiosity, the cattleman followed his cow the next day itself.

He observed his cow automatically oozing out her milk on a small hill of sand dune beside the River Ghambhir. Seeing this, he dug up the site and found an idol of Lord Mahavira.

After getting impressed by this miraculous Bhagwan Mahaveer’s idol, Shri Amar Chand Bilala of Baswa (Jaipur) constructed a vast & magnificent temple here. When it was tried to install this idol in the main temple, idol became immovable. Lots of efforts were made but all in vain.

At last, the cattleman was asked to install the idol, as he touched the idol, it began to move and hence it was installed in the temple properly. Nowadays, thousands of devotees visit the great temple of Bhagwan Mahavira getting impressed by the miracles of his idol, irrespective of their cast, faith & religion. This temple is entirely made of white marble and engraved with complex designs, just like all other Jain temples.

The beautifully carved temple boasts of a colossal 32 ft. high statue of Lord Shantinath, the sixteenth Tirthankara of Jains.

Apart from this, there are idols of all the twenty-four Tirthankaras. The temple looks very alluring during the evenings when the entire premise is lighted with thousands of lights.

The pillars and the ceilings of the temple are embellished with marvelous motifs and offer a peaceful, sanctified and serene atmosphere to the disciples. The most favorable time to visit the shrine is from March to May, during the annual fair. Besides this, you can also visit the shrine in the winter season, when the weather is at its best. Other Jain temples to visit in this village are Kirti Ashram Chaityalaya (small temple) and Bhagwan Parshvanath Jinalaya, which is also known as ‘Kanch Ka Mandir’ because of its magnificent colorful glasswork.

Jain Vidya Sansthan is also situated near the main temple. It has a beautiful library and a medium. The ancient monuments and the artworks are carefully preserved here. Jain Vidya Sansthan runs many correspondence courses to teach Jainism and Prakrit language. An Ayurvedic hospital and Naturopathic center is also governed by the temple for social services.

I think everyone must visit this place at least once a year. 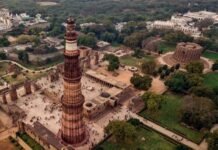 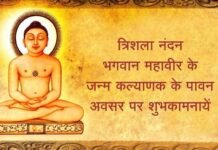 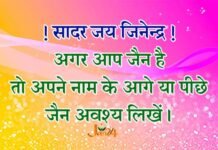 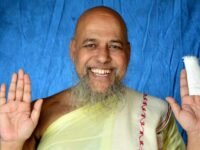 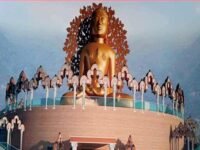 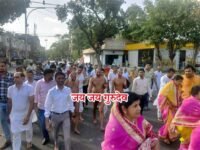 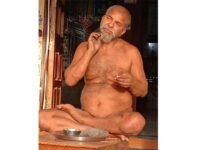