Mahavira was born on the 13th day of the bright half of the month Chaitra in Year 599 B.C. His father was the Assembly Chief (Gana-Nayak) of the First Republic of India – Vaishali Kundagrama. His mother was Trishala, the daughter of King Chetak. Lord Mahavira attained salvation at the age of 72 in Pavapur on 527 B.C.

His symbol is a lion.

A couple of stories built around him are very popular. One is that as he was walking on the roof of the house, he suddenly saw people running around for fear of a mad royal elephant. He quickly came out and held the elephant’s trunk. It calmed him down in no time. His amazing courage and self-restraint earned him high praise from citizens.

Similarly, while he was playing in a garden with his friends, a terrible cobra arrived there, everyone was horrified to see him.

While the others tried to escape, the prince stood calm and when the huge cobra approached him, they caught him and subdued him and started dancing on him. All his friends were surprised to see this scene.

It is said that he was called Mahavir or a great hero after seeing his heroic feats.

In this world, there are four things of supreme value, which are difficult for a living person to attain, and they are – human birth, education in true religion, absolute power in faith and self-control. Those people who follow the path of right knowledge, faith, conduct, and austerity will attain Prosperity. Mahavira presented the sources of human personality development through truth etc. principles of non-violence, self-control, self-reverence, and self-knowledge. The religion promoted by Tirthankar Mahavir is not a new religion.

This is an ancient religion, whose foundation was laid by the first Tirthankara Rishabhdev.

Man is the architect of his destiny.

The goal of his life is the attainment of infinite faith, knowledge, and bliss to be free from the bondage of deeds. It is the activities of the mind, speech, and body that are responsible for the entanglement of the soul with karma that is possible to prevent and eliminate austerity, adherence to the principles of religion and meditation.

Lord Mahavir’s doctrine of non-violence and truth has guided the destiny of our countries and other countries, who have followed them as their armor in our countries, who struggle for freedom and proved that they are not of the weak Rather, the brave have weapons.

Some of the major principles of Lord Mahavira are

Lord Mahavira gave the world the sutra of “Ahimsa Paramo Dharmah” for world peace. He said that the world is terrified of hatred, fear, and violence.

We see that it has not benefited humanity. Only those who hold the qualities of forgiveness, friendship, peace, kindness, decency, service, protection, truth, and cooperation, etc. can follow ‘Ahimsa Dharma’ by renouncing the qualities of fear, enmity, selfishness, anger, and cruelty.

Only it is through non-violence or non-violence as we can call it that the world can be saved from the origins of violence and war.

Anekantavada meaning “non-absolutism”, is one of the basic principles of Mahavira that encourages acceptance of relativism and pluralism. According to the doctrine, truth and reality are perceived differently from different points of view and no single point of view is a complete truth.

Aparigraha is one of the teachings of Mahavira.

It is also one of the five vows that both householders and ascetics must observe. This Jain vow is the principle of limiting one’s possessions and limiting one’s desire.

Coming to the social question of equality of status, Mahavira has a unique message to express a society in which distinctions are based on caste and creeds which in turn depend on birth, the universal benefits of modern civilization. Regardless, race, color or nationality persists due to prejudices and people are divided among themselves. Racial arrogance or birth superiority is losing weight. Examples of this similarity of position can be mentioned in Mahavira’s own life. One day Mahavira reached a city for food. People of all ranks and grades stood at his door eager to give him food. He took food from a slave girl, who was kept separate and not allowed to touch metal utensils. A slave girl named Chandana offered some rice and Mahavir took a part of it and left. The girl was a devout devotee. This aroused the conscience of the people and the slave girl’s owner was freed after falling at her feet and apologizing. Mahavir encouraged women empowerment and equality in society.

In essence, we can say that Mahavira was a great personality in the world who made an outstanding contribution to the protection of human values and all living beings. 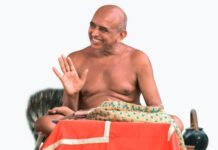 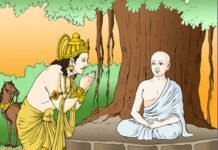 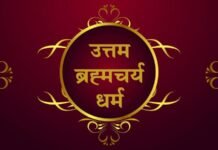 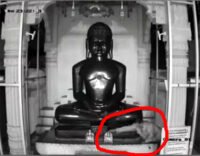 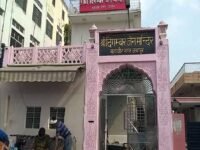 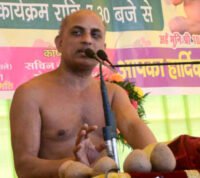 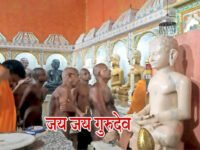 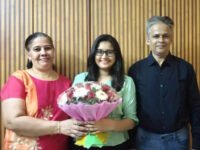