Jayashankar Bhupalpally: Carved out of a monolith on a picturesque hillock close to the right bank of river Manair in Malharao mandal in the district, the Jain caves, locally known as Naina Gullu, are craving for attention.

Though discovered long back, neither the State Archaeology Department nor the Archaeological Survey of India (ASI) is interested in protecting these monuments.

Though the exact period of the creation of these rock-cut caves is not known, it is believed that they were cut during the peak of the spread of Jainism and the Jain monks used them during the 7th and 8th centuries as Jainism flourished for nearly 2,000 years in Telangana from the 4th century BC to 13th century AD.

Sculpted out of a single sandstone, the caves were converted into shrines of Shiva (Hindu religion) as there is a Lingam inside one of the chambers.

Located about 2 km away from the right bank of River Maneru near Adavi Somanapalle village, these caves resemble the famous Undavalli caves on the banks of the Krishna in Guntur district of Andhra Pradesh.

Consisting of open pillared mantapas with shrine chambers in the interiors, the caves are surrounded by forests and can also be reached from Tadicherla crossroads where a popular temple, Nagulamma, is located.

On the other hand, rock paintings have also been found at these caves and there is a pool in Manair river near these caves that hold water throughout the year.

When contacted, district eco-tourism coordinator Kalyanapu Suman said that both district Collector A Murali and District Forest Officer (DFO) T Ravi Kiran are keen on developing Naina Gullu as a tourist hub by taking all the necessary steps.

“Proposals to lay a path from Adavi Somanapally bridge across the Manair to the caves is on the cards,” Suman claimed, adding that he had recently inspected the place to find a way out for the development of the Jain caves as a tourist attraction.

Meanwhile, archeology enthusiast K Surya Kiran opined that the caves must to be brought under the protection of the ASI to preserve them for future generations.

“These caves can be developed as a tourist hub due to its proximity to the famous pilgrim centre Kaleshwaram in the district,” he opined. 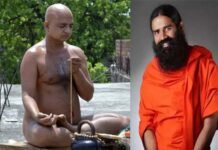 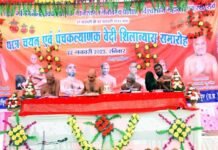 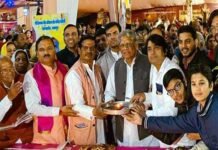 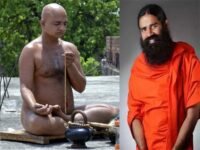 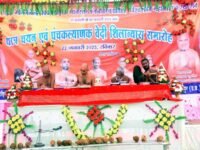 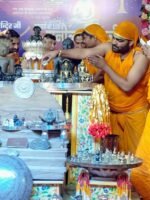